"Taps" is a bugle call played at dusk, during flag ceremonies, and at military funerals by the United States armed forces. The official military version is played by a single bugle or trumpet. The tune is also sometimes known as "Butterfield's Lullaby", or by the first line of the lyric, "Day Is Done".

The tune is a variation of an earlier bugle call known as the "Scott Tattoo", which was used in the U.S. from 1835 until 1860, and was arranged in its present form by the Union Army Brigadier General Daniel Butterfield, an American Civil War general and Medal of Honor recipient who commanded the 3rd Brigade of the 1st Division in the V Army Corps of the Army of the Potomac while at Harrison's Landing, Virginia, in July 1862 to replace a previous French bugle call used to signal "lights out". Butterfield's bugler, Oliver Wilcox Norton, of East Springfield, Pennsylvania, was the first to sound the new call. Within months "Taps" was used by both Union and Confederate forces. It was officially recognized by the United States Army in 1874.

"Taps" concludes many military funerals conducted with honors at Arlington National Cemetery and elsewhere in the United States. The tune is also sounded at many memorial services in Arlington's Memorial Amphitheater and at grave sites throughout the cemetery.

Captain John Francis Tidball, West Point Class of 1848, started the custom of playing "Taps" at military funerals. In early July 1862 at Harrison's Landing, a corporal of Tidball's Battery A, 2nd U. S.. Artillery, died. He was, Tidball recalled later, "a most excellent man". Tidball wished to bury him with full military honors, but, for military reasons, he was refused permission to fire three guns over the grave. Tidball later wrote, "The thought suggested itself to me to sound taps instead, which I did. The idea was taken up by others, until in a short time it was adopted by the entire army and is now looked upon as the most appropriate and touching part of a military funeral." As Tidball proudly proclaimed, "Battery A has the honor of having introduced this custom into the service, and it is worthy of historical note."

It became a standard component to U.S. military funerals in 1891. 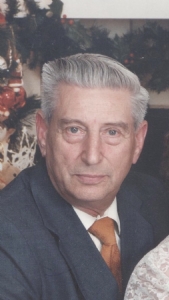